A downloadable game for Windows, macOS, and Android

*The current version of The Legend of Santa™ is a demo that contains two levels and shows a small picture of what's to come. The paid download contains a local co-op multiplayer mode, with up to four players, while the free download is single-player only. The finished game is planned to have multiple worlds, each with several levels and branching paths, along with many enemies, traps, and power-ups.

Christmas is just a few days away... and while Santa is out on a trial run in his sleigh, the evil South Pole Troll and his army of Penguins invade the North Pole!

On the way back to his workshop, Santa is blasted out of the sky by one of his very own North Pole defense cannons and is sent spiraling far-off into the distance.

Now Santa must find his way back home, defeat the Troll, and save Christmas!

The Legend of Santa can be played using a controller, the keyboard, or touch controls, but we do recommend using an official Xbox controller. Although any controller using XInput should work, there's no guarantee the button mapping for non-official controllers will always be correct. Since there isn't yet an in-game button mapping screen, so please consider using another software, like JoyToKey (https://joytokey.net/en/), to map your controller's buttons to the keyboard assignments below if your controller isn't compatible.

*Hold Move-Up while pressing Jump to jump out of water

Run (hold) and Use Power-up:

*Level design and difficulty is based on single-player, using a controller, and a 256x224 in-game resolution

In order to download this game you must purchase it at or above the minimum price of $1 USD. You will get access to the following files:

Nice! The gameplay feels just right, and the graphics are nice and clean. Love the world map. I thought that the Coal Stocking power-up was thematically perfect, too! Everything is so incredibly polished, it's just a shame the demo is so short!

If I had some suggestions for multiplayer:

Looking forward to the full game!

Thank you for the wonderful comment! I'm glad you enjoyed it. I definitely plan to keep working on the game and make it a full-size adventure.

I thought a lot about allowing players to bump into each other, but decided not to do it. The main reason is when I play the New Super Mario Bros. games with my kids, they get frustrated when they're trying to do well and happen to bump into someone else, causing them to get hit or die and lose their powerup :D

I do plan to add checkpoints to the game in the near future so that you can respawn mid-level, especially in single-player where you can't respawn at another player's position. I also plan to add the ability to save your progress as the game gets larger.

Thank you again! It's really nice to hear that you found everything felt so polished! 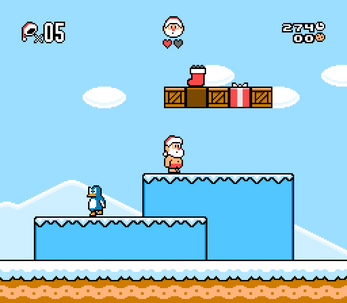 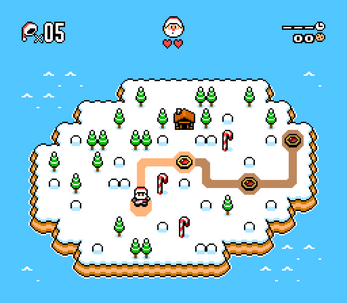 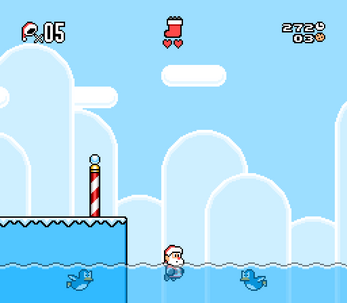 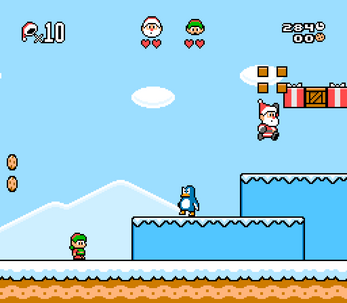 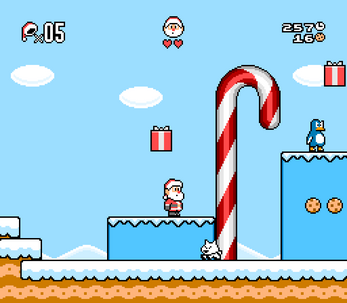 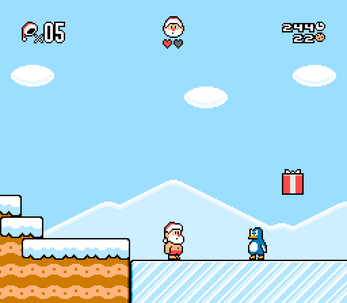